See what's been keeping us busy...

Snapfish is an online photo development service with a large and loyal customer base of over 23m worldwide customers. Snapfish wanted to increase its number of active users whilst at the same time strengthen brand loyalty amongst existing customers.

Users were incentivised to play by offering a substantial prize pool which was distributed using a custom built engine that enabled Snapfish UK to schedule exactly what prizes would be won and when. Additionally the game compiled comprehensive statistics on who played, what they won and crucially through which af liate marketing activity they had clicked through to the game from and whether they were later converted to a customer.

Additionally the potential audience for the promotion was augmented by encouraging players to refer their friends in return for extra credits to play the game.

Benefits to the Client:

The game received over 112,000 players in a week adding 80,000 users to Snapfish UK’s emailable database. Over 2,500 new customers have already transacted with them exceeding ROI. Furthermore 20% of game plays were from virally referred players – building brand awareness and customer reach.

Significantly we delivered on a very tight deadline and the client’s objectives for the game were met. Plans are in progress to release Xmas game due for release at the beginning of December. 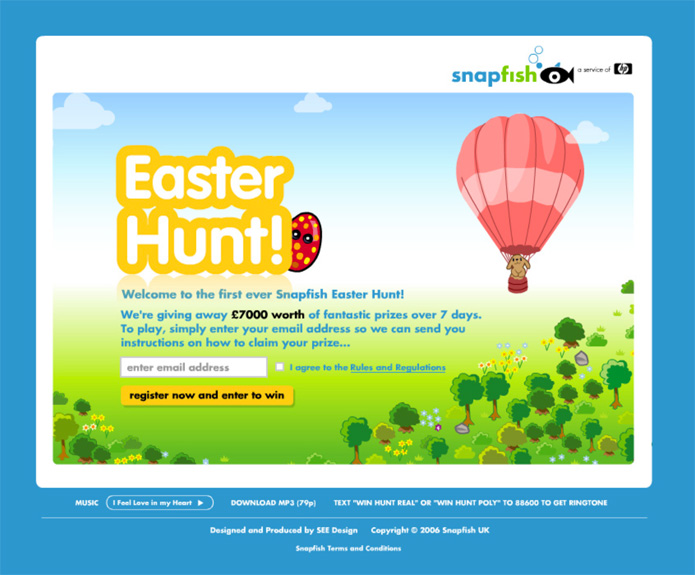 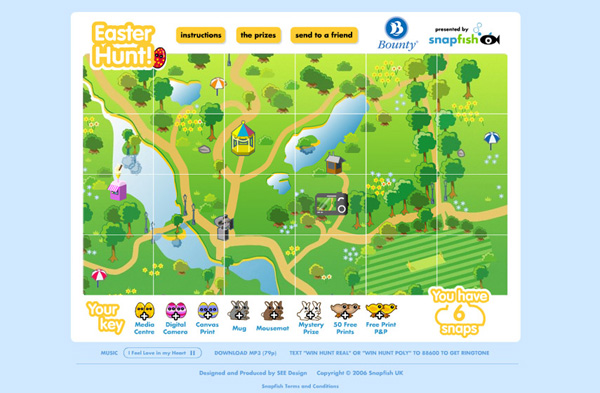 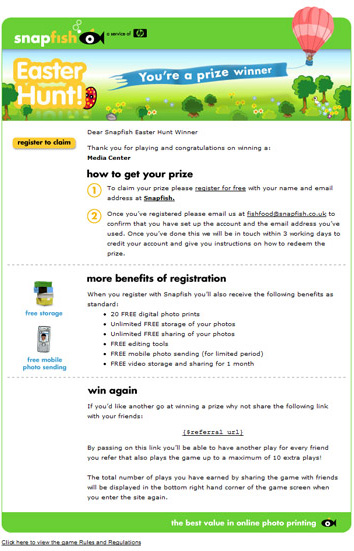